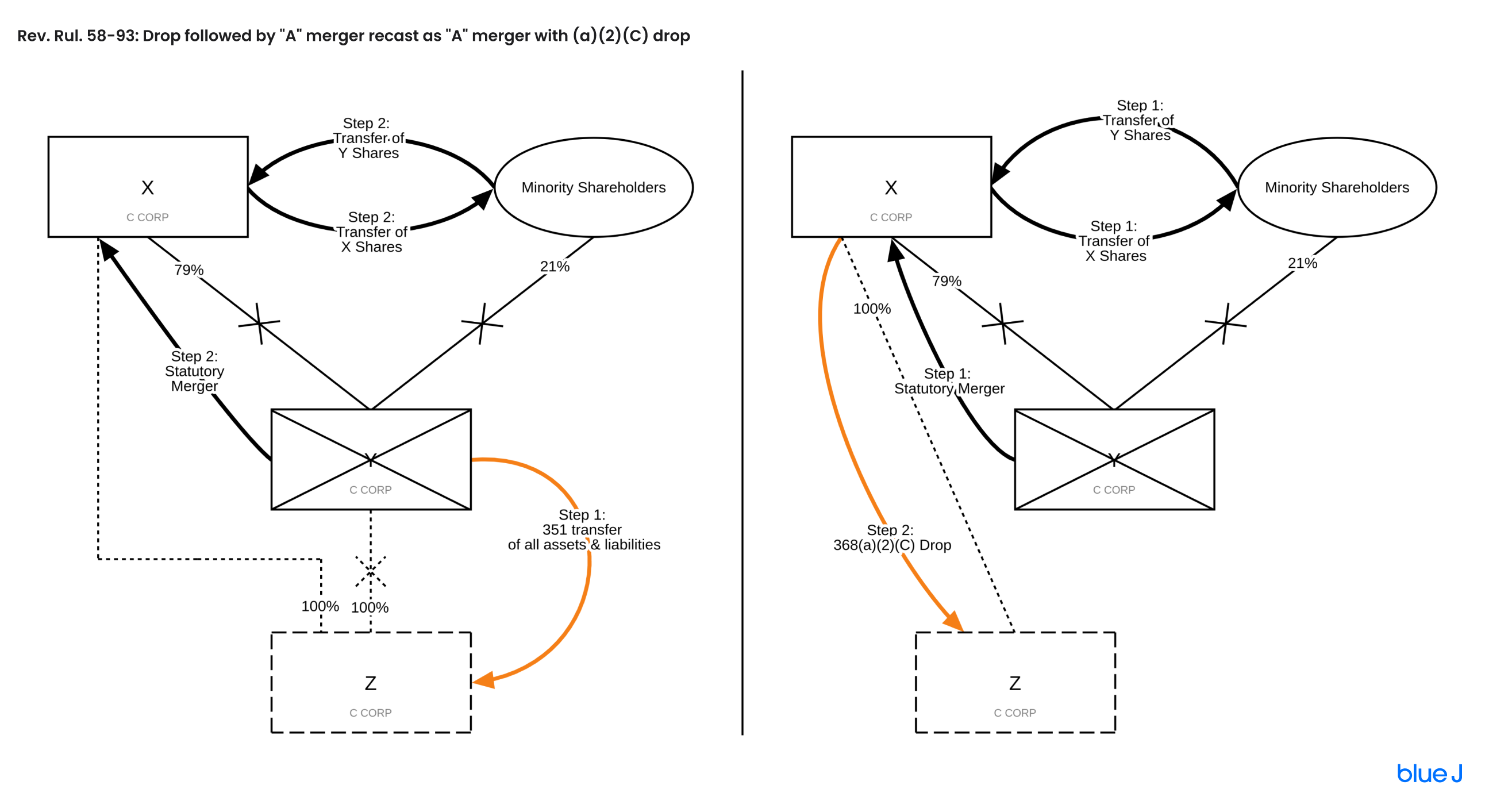 Advice has been requested as to the tax effect, under section 368 of the Internal Revenue Code of 1954, of certain corporate transactions hereinafter described.

(b) PARTY TO A REORGANIZATION.-For purposes of this part, the term `a party to a reorganization' includes-

(1) a corporation resulting from a reorganization, and