In Rev. Rul. 57-465, the IRS holds that a downstream merger pursuant to foreign law qualifies as Type D reorganization.
Start a Diagram 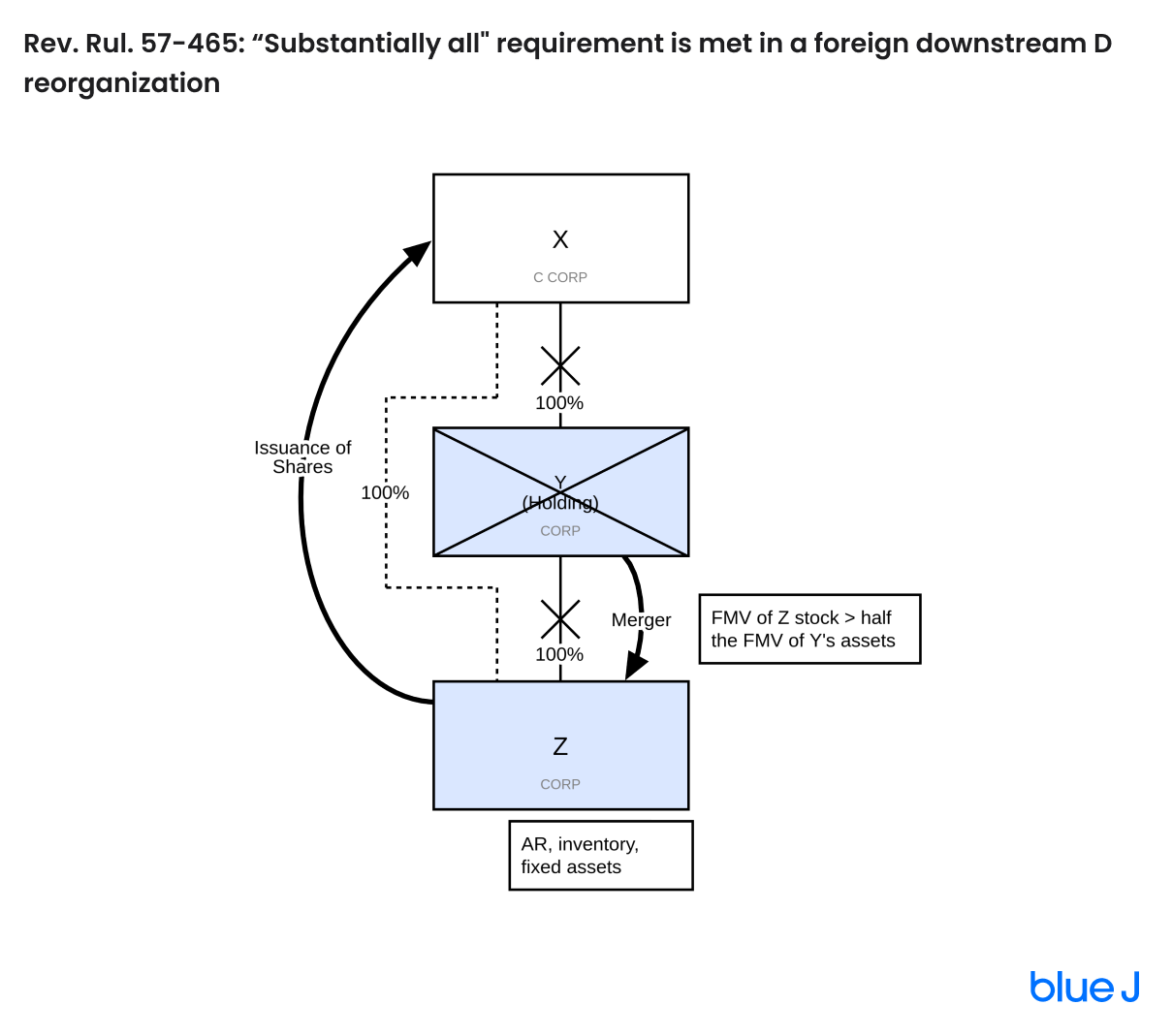 Rev. Rul. 57-465The Internal Revenue Service has been requested to state its position with respect to the tax effect of a proposed exchange of stocks pursuant to a merger of two foreign corporations under the circumstances as described below.

X corporation has established to the satisfaction of the Commissioner of Internal Revenue that the proposed transaction is not in pursuance of a plan having as one of its principal purposes the avoidance of Federal income taxes within the meaning of section 367 of the Internal Revenue Code of 1954.

Section 368 of the Internal Revenue Code of 1954, relating to definitions of corporate reorganizations, provides, in part:

Section 354, relating to exchanges of stock and securities in certain reorganizations, provides, in part:

(1) IN GENERAL.-Subsection (a) shall not apply to an exchange in pursuance of a plan of reorganization within the meaning of section 368(a)(1)(D), unless-

(A) the corporation to which the assets are transferred acquires substantially all of the assets of the transferor of such assets; and

The specific questions presented are whether the proposed `downstairs' merger of the intermediate foreign holding company into its subsidiary will qualify as a reorganization within the purview of section 368 and whether the resultant exchange of stocks by the domestic parent will be nontaxable under the provisions of section 354(a)(1).

The proposed merger of the two foreign corporations cannot qualify as a reorganization under section 368(a)(1)(A) of the Code, in view of section 1.368-2(b) of the Income Tax Regulations, which states that the words `statutory merger' refers to a merger effected in pursuance of the laws of the United States or a State or Territory or the District of Columbia. However, since the assets of Y corporation will be transferred to Z corporation under the plan of merger and X corporation, the sole stockholder of Y corporation, will own all of the stock of Z corporation immediately after the transfer, the transaction can qualify as a reorganization under section 368(a)(1)(D), provided the distribution of the stock of Z corporation to X corporation qualifies under section 354(a)(1). See H. B. Leary, Sr. v. Helvering , 93 Fed.(2d) 826; J. F. Schoellkopf, Jr. v. Helvering , 100 Fed.(2d) 415; George O. Kolb v. Commissioner , 100 Fed.(2d) 920. 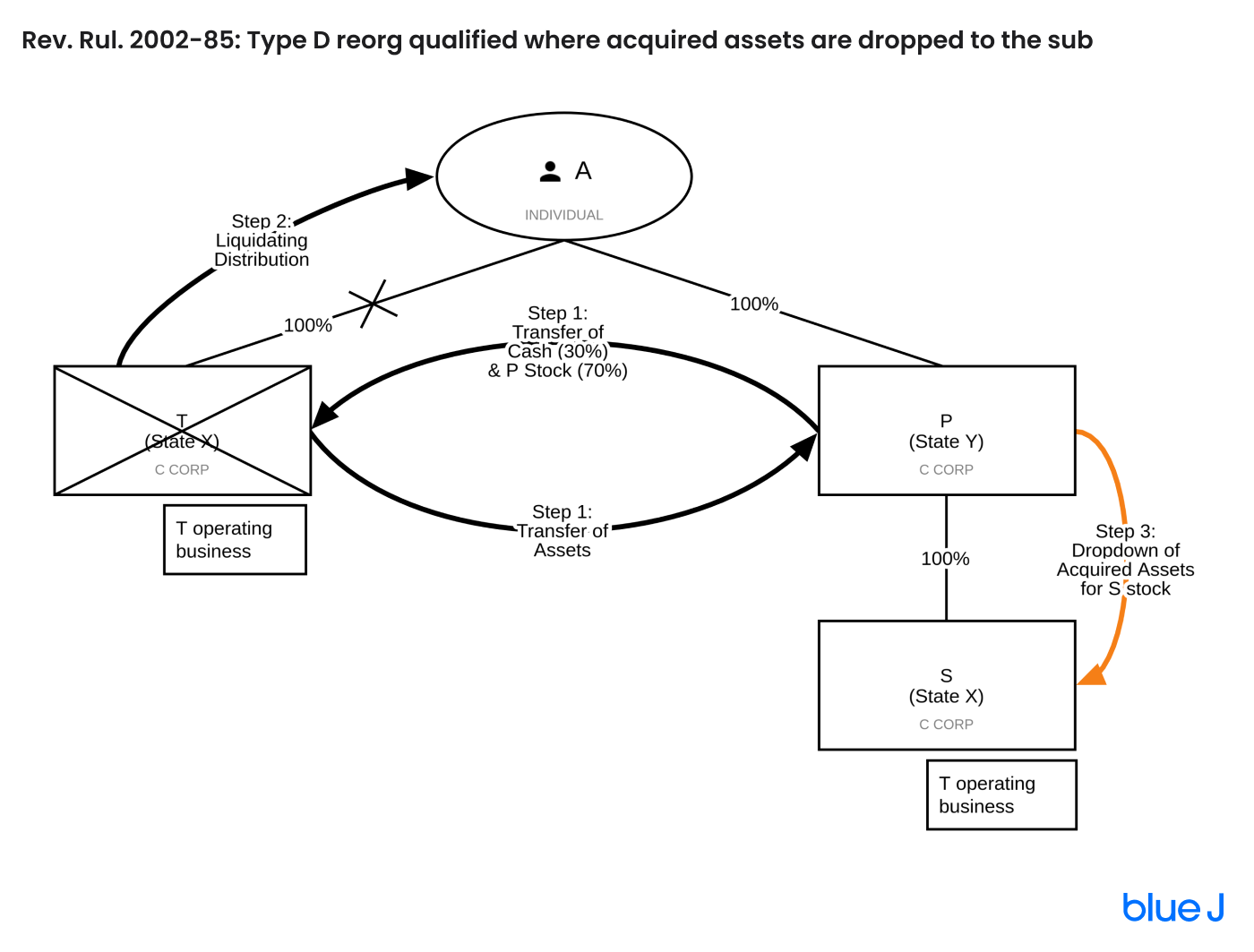 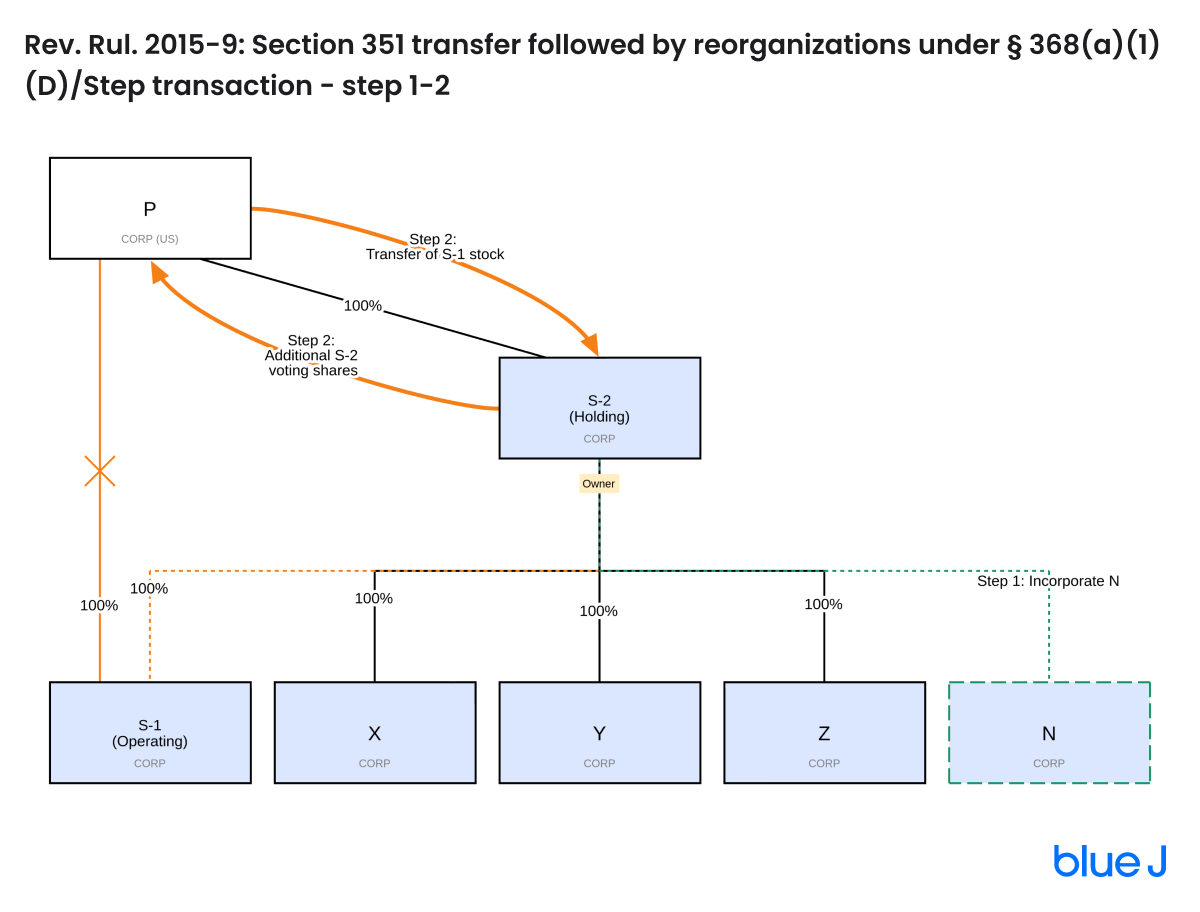 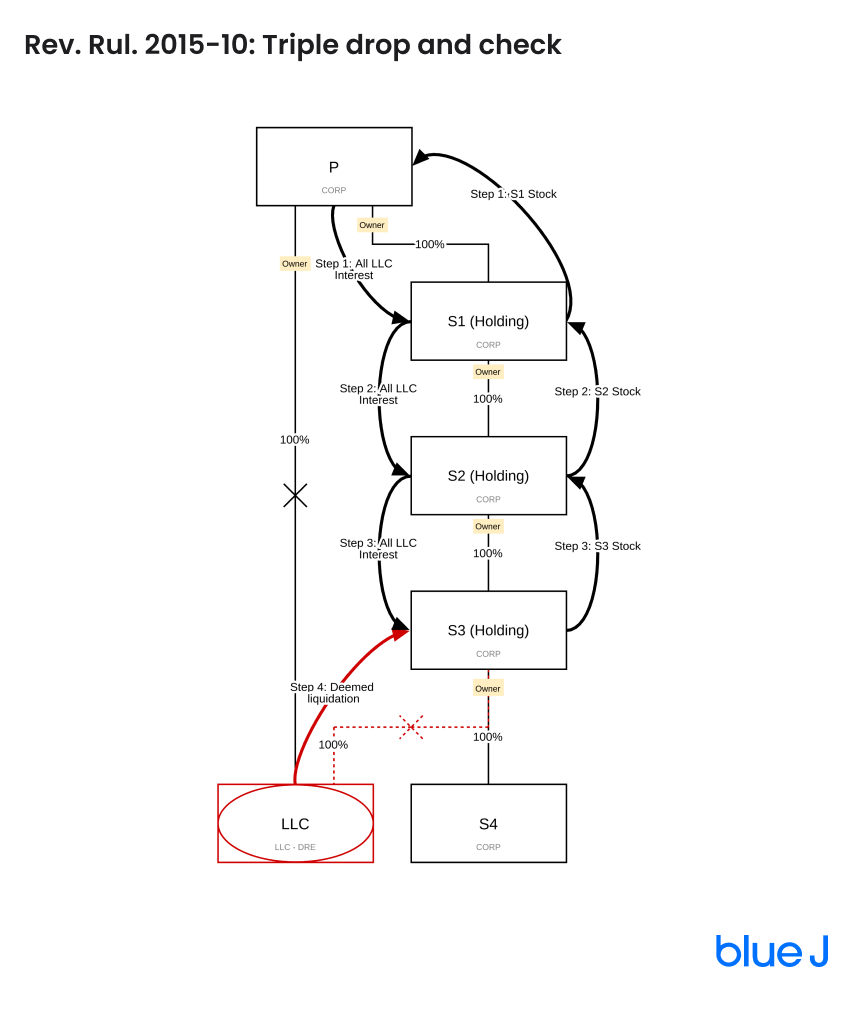