In Rev. Rul. 57-311, the IRS holds that a cross-chain transfer of partial assets for all the stock of the transferee corporation constitutes a § 368(a)(1)(D) split-off and no gain or loss is recognized.
Start a Diagram 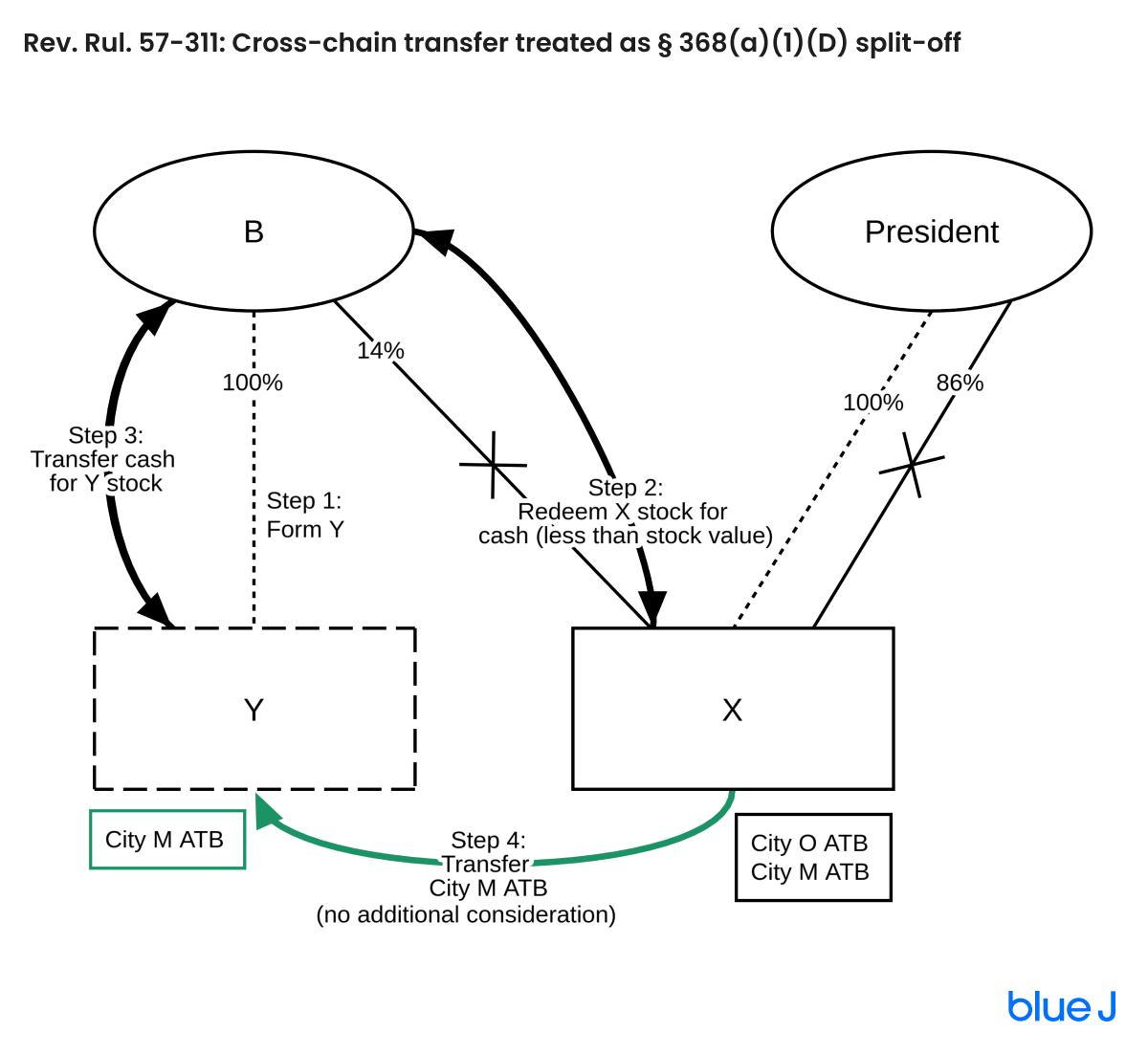 It has been established in a long line of cases that the component steps of a single transaction cannot be treated separately for Federal income tax purposes. See Prairia Oil & Gas Co. v. Motter , 66 Fed.(2d) 309; West Texas Refining & Development Co. v. Commissioner , 68 Fed.(2d) 77; Bassick v. Commissioner , 85 Fed.(2d) 8. It is the opinion of the Internal Revenue Service that, under the rule of these cases, the steps carried out in pursuance of the agreement between B and Corporation X were a single integrated transaction by which Corporation X , in substance and effect, transferred a portion of its assets (including the cash transferred to B and by him transferred to Corporation Y ) to Corporation Y in exchange for all of the stock of Y , and then distributed the stock of Corporation Y to B in exchange for his stock in Corporation X .

In view of the above, the Service holds as follows:

(2) Pursuant to the provisions of section 355(a), no gain or loss is recognized to (and no amount is includible in the income of) B as a result of the receipt by him of all of the stock of Corporation Y in exchange for his stock of Corporation X . Under the provisions of section 358(a), the basis to B of the Y stock received in the exchange is the same as his basis of the X stock surrendered.

(3) The accumulated earnings and profits of Corporation X should be allocated between it and Corporation Y in accordance with the provisions of section 312(i) of the Code.