This diagram depicts the steps of a reverse triangular merger, to be used as a teaching tool or a starting point for a user-generated diagram.
Start a Diagram 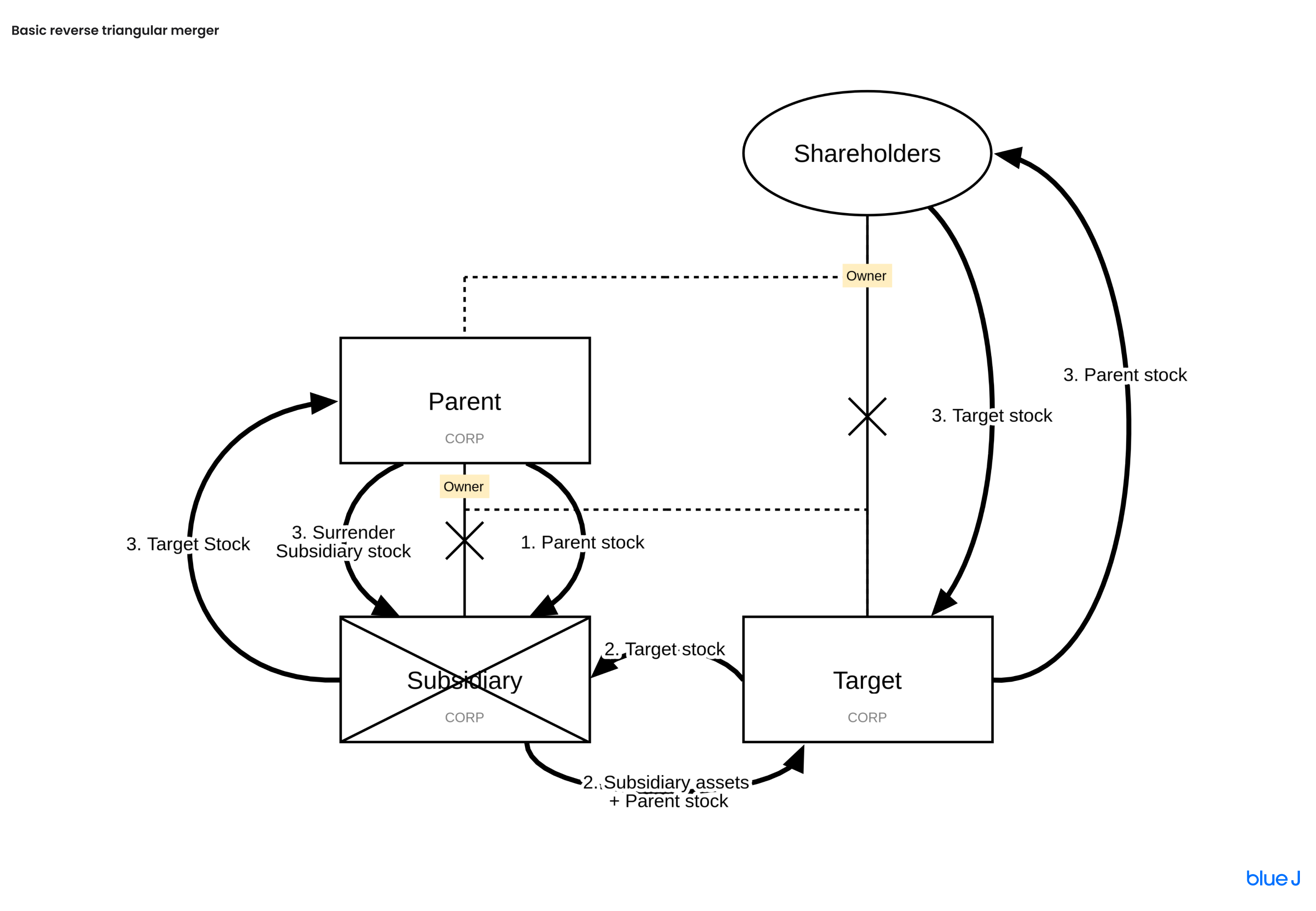 A transaction otherwise qualifying under paragraph (1)(A) shall not be disqualified by reason of the fact that stock of a corporation (referred to in this subparagraph as the “controlling corporation”) which before the merger was in control of the merged corporation is used in the transaction, if—