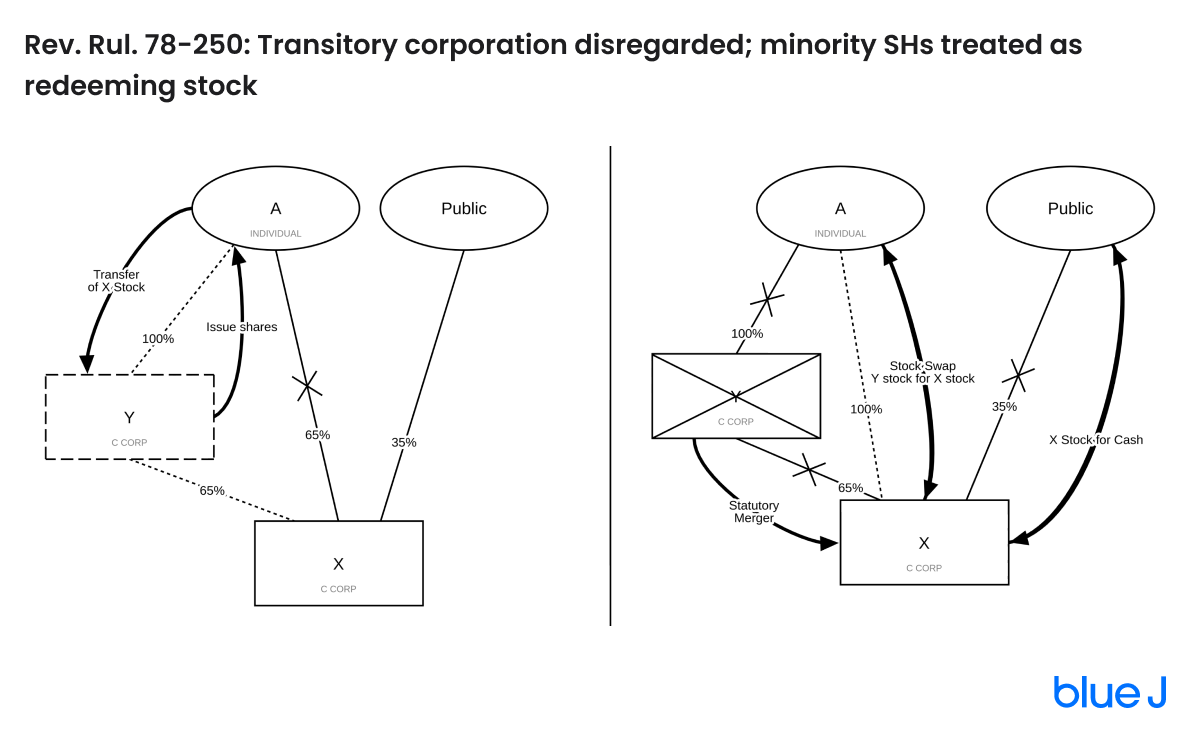 Rev. Rul. 78-250Advice has been requested concerning the Federal income tax treatment of the transaction set forth below.

Corporation X had outstanding only common stock, which was owned 65 percent by individual A, president and a director of X. The balance of the X stock was widely held.

For various business reasons, X desired to operate without any ownership of its stock by the public. Under a plan to eliminate the minority stock interests, a new corporation, Y, was formed by A who received all of the Y stock in exchange for A's X stock on a share-for-share basis. Upon approval of a plan of merger by the shareholders of both corporations, Y was then merged with and into X under applicable state law. In the merger each share of A's Y stock was converted into a share of X stock and the minority shareholders of X received cash in exchange for their X stock, in an amount equal in value to the stock exchanged.

In Rev. Rul. 67-448, 1967-2 C.B. 144, a series of inter-related steps involving the transitory existence of a newly created corporation is disregarded and the transaction is treated for Federal income tax purposes as the mere exchange by a corporation of shares of its voting stock for the outside minority stock interest in its subsidiary, which transaction qualified as a reorganization under section 368(a)(1)(B) of the Internal Revenue Code of 1954. See also Rev. Rul. 73-427, 1973-2 C.B. 301, which disregards the creation and elimination of a corporation in an integrated transaction.

In the instant case, the net result of the overall plan is that the minority shareholders of X received cash from X for their shares, after which they were no longer shareholders.