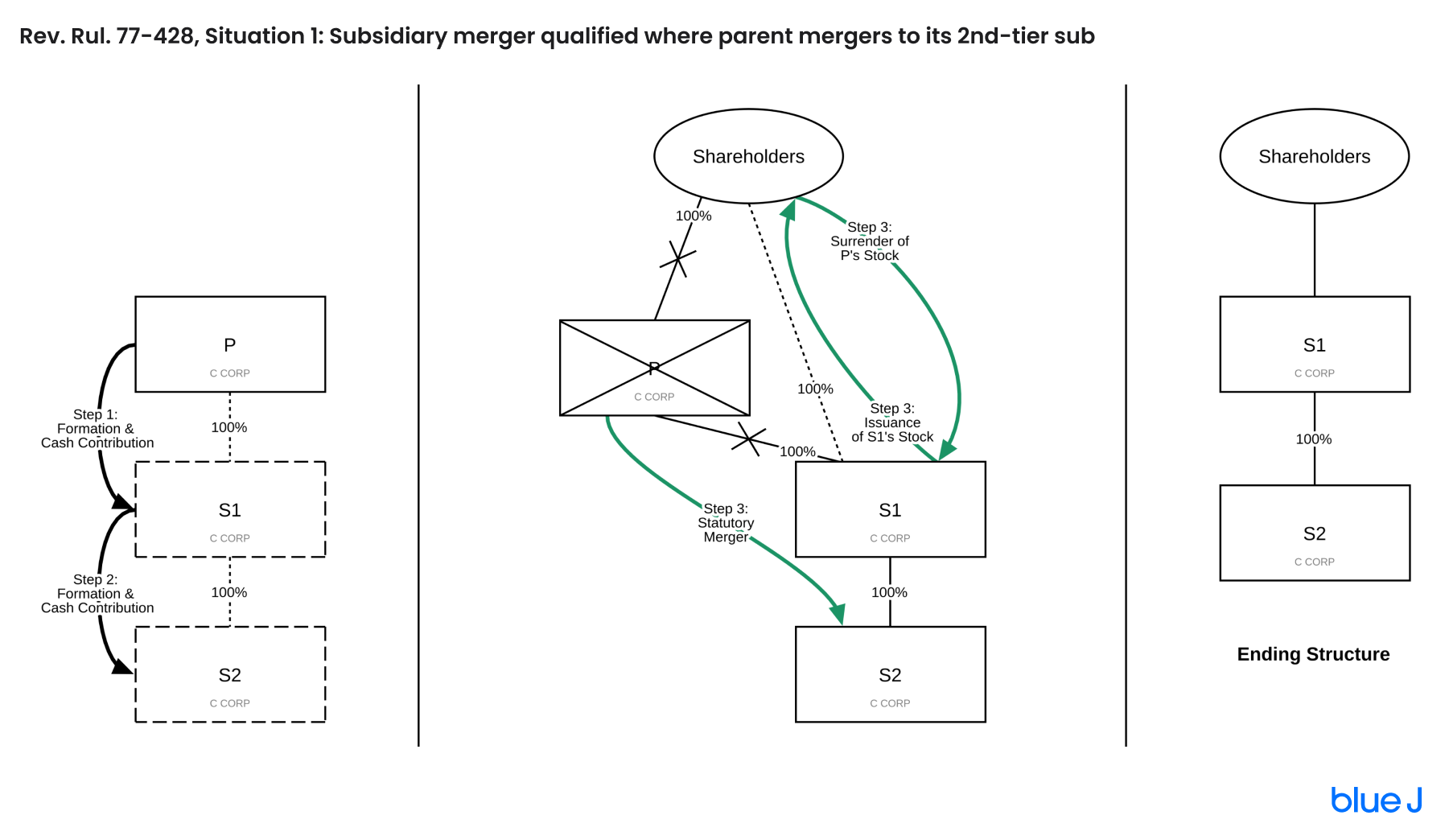 No items found.
Rev. Rul. 77-428, Sit.1: Subsidiary merger within an affiliated group
§ 368(a)(2)(D) applies, where the requirements of that section are otherwise met, even though, as part of the transaction, both the acquiring corporation and the controlling corporation were newly formed and even though a related corporation was acquired in the transaction. See hundreds of diagrams of tax structures and org charts here.

Pursuant to a plan of merger, P merged with and into S2 under the applicable state laws with S2 being the surviving corporation. On the effective date of the merger, each share of P stock held by the P shareholders was exchanged for a share of newly issued S1 stock. Thus, as a result of the merger, all the assets and business of P became the assets and business of S2, the P shareholders became the shareholders of S1, and S1 then engaged in the nonbanking activities described above.

While section 1.368-2(b)(2) of the regulations does not specifically provide for the formation of both the controlling and acquiring corporation, or for the acquiring of a related corporation, there is nothing in the legislative history of the enactment of section 368(a)(2)(D) of the Code to indicate that section was not intended to apply where such was the case.

The facts are the same as in Situation 1 except that S2 merged with and into P under the applicable state laws with P being the surviving corporation. On the effective date of the merger the S2 stock held by S1 was converted, pursuant to state law, into stock of P and each outstanding share of P stock not held by S1 exchanged for a share of S1 stock. Thus, as a result of the merger P became a wholly owned subsidiary of S1 and the former P shareholders became the shareholders of S1. After the merger, P held all of its assets and all the assets of S2. 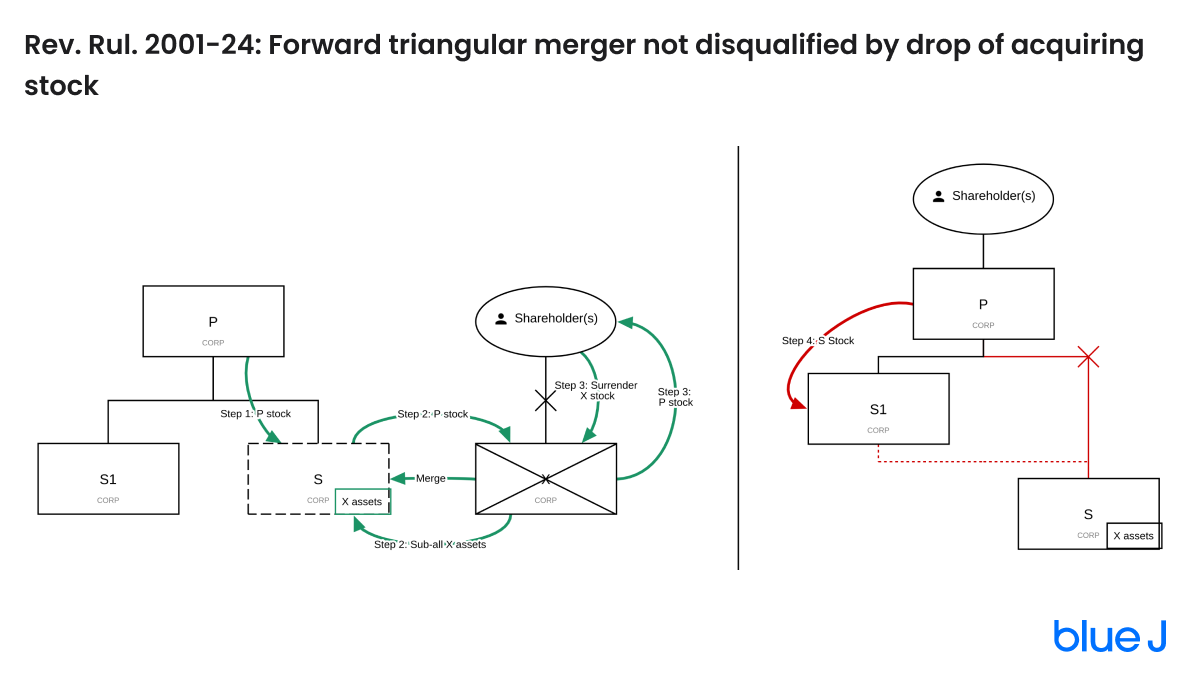