In Rev. Rul 56-613, the § 368(c) control requirement was failed by a parent that acquired direct control of one only class of target's stock in an attempted Type B reorganization.
Start a Diagram 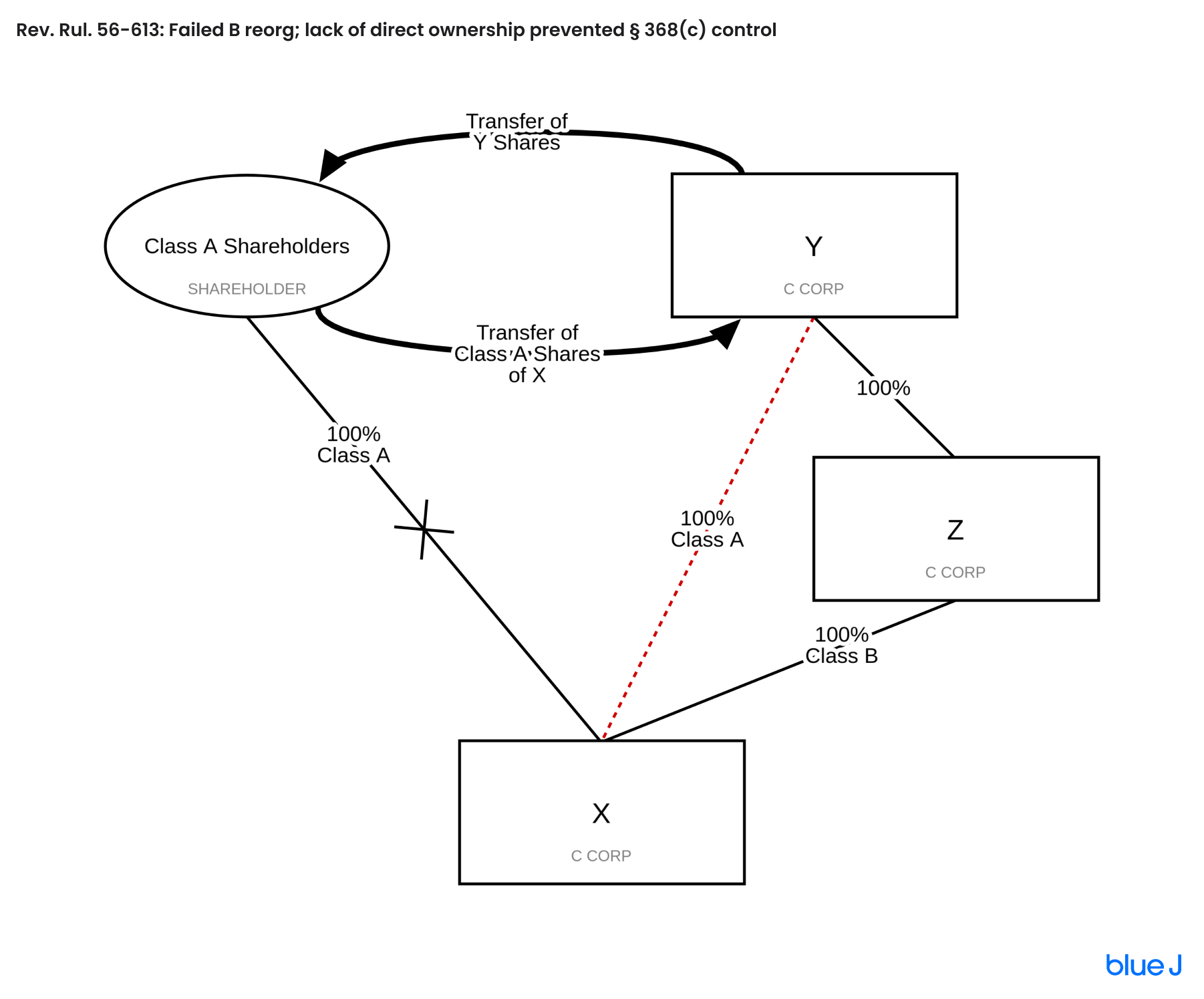 No items found.
Rev. Rul. 56-613: Direct stock ownership required for § 368(c) control
In Rev. Rul 56-613, the § 368(c) control requirement was failed by a parent that acquired direct control of one only class of target's stock in an attempted Type B reorganization.

Advice has been requested with respect to an acquisition by one corporation of certain common stock of another corporation under the circumstances described below.

The specific question presented is whether the exchange of Class A stock of the X corporation for Y's stock is a tax-free exchange to the shareholders participating in that exchange.

As a general rule, the entire amount of gain or loss on the exchange of property (which includes stock) is recognized for Federal income tax purposes. However, in the case of certain exchanges of stock pursuant to a plan of reorganization, no gain or loss is reognized. At issue in this case is whether the acquisition of stock by Y corporation constitutes a reorganization as defined in section 368(a)(1)(B) of the Internal Revenue Code of 1954.

Section 368(a)(1) of such Code states, in part, that the term `reorganization' means-

In the instant case, the acquisition by Y corporation does not qualify as a reorganization under section 368(a)(1)(B). Y corporation does not have control of X corporation immediately after the acquisition of the Class A stock, since it directly owns stock possessing only 50 percent of all of the voting power of the stock outstanding. Section 368(c) specifically defines control in terms of direct ownership of stock and not in terms of practical control. There is no basis for disregarding the separate legal entities of the parent and its subsidiary and for attributing the subsidiary's ownership of the X corporation stock to the parent.